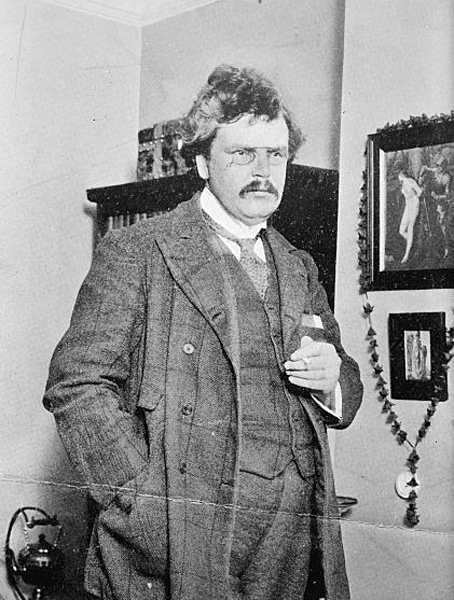 Gilbert Keith Chesterton (29 May 1874 - 14 June 1936) was one of the most influential English writers of the 20th century. His prolific and diverse output included philosophy, ontology, poetry, journalism, biography, Christian apologetics, fantasy and detective fiction.

❝'My country right or wrong' is like saying 'My mother drunk or sober'.❞[+]

❝I regard golf as an expensive way of playing marbles.❞[+]

❝I've searched all the parks in all the cities and found no statues of Committees.❞[+]

❝Impartiality is a pompous name for indifference, which is an elegant name for ignorance.❞[+]

❝Poets have been mysteriously silent on the subject of cheese.❞[+]

❝The only sure way of catching a train is to miss the one before it.❞[+]