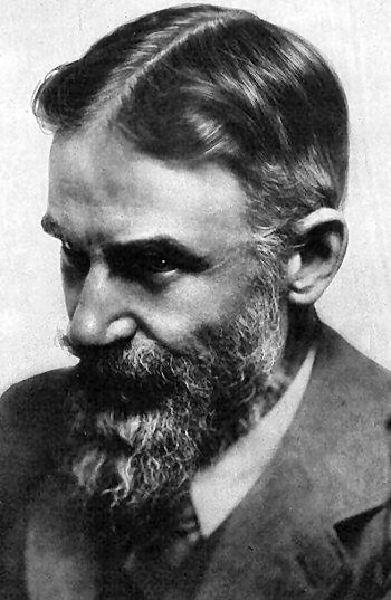 George Bernard Shaw (26 July 1856 - 2 November 1950) was an Irish playwright. Although his first profitable writing was music and literary criticism, in which capacity he wrote many highly articulate pieces of journalism, his main talent was for drama, and he wrote more than 60 plays. Nearly all his writings deal sternly with prevailing social problems, but have a vein of comedy to make their stark themes more palatable. Shaw examined education, marriage, religion, government, health care and class privilege.
Alcohol is the anaesthesia by which we endure the operation of life. [+]
All great truths begin as blasphemies. [+]
Chess is a foolish expedient for making idle people believe they are doing something very clever, when they are only wasting their time. [+]
Forgive him, for he believes that the customs of his tribe are the laws of nature. [+]
If all the economists in the world were laid end to end, they wouldn't reach a conclusion. [+]
Marriage is popular because it provides the maximum of temptation with the maximum of opportunity. [+]
Patriotism is, fundamentally, a conviction that a particular country is the best in the world because you were born in it. [+]
Some men see things as they are and ask why. Others dream things that never were and ask why not. [+]
The fact that a believer is happier than a skeptic is no more to the point than the fact that a drunken man is happier than a sober one. [+]
The folly of youth is wasted on the young. [+]
The power of accurate observation is commonly called cynicism by those who have not got it. [+]
There is no sincerer love than the love of food. [+]
There is only one religion, though there are a hundred versions of it.  [+]
Youth is such a wonderful thing. What a crime to waste it on children. [+]