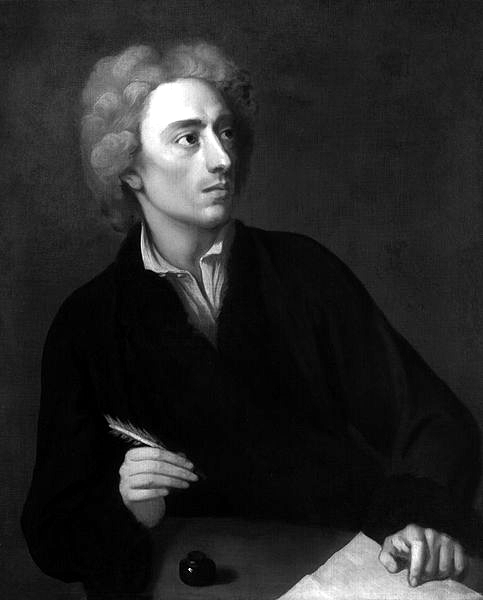 Alexander Pope (21 May 1688 - 30 May 1744) was a famous eighteenth century English poet, best known for his satirical verse and for his translation of Homer. He is the third most frequently quoted writer in The Oxford Dictionary of Quotations, after Shakespeare and Tennyson. Pope is famous for his use of the heroic couplet.

❝Blessed is the man who expects nothing, for he shall never be disappointed.❞[+]

❝It is with narrow-souled people as with narrow necked bottles: the less they have in them, the more noise they make in pouring it out.❞[+]

❝Some old men, by continually praising the time of their youth, would almost persuade us that there were no fools in those days; but unluckily they are left themselves for examples.❞[+]