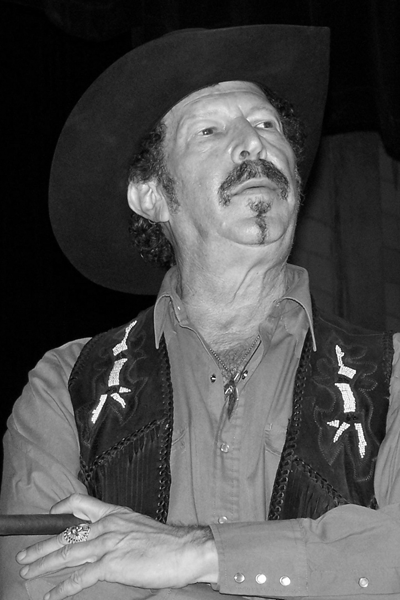 Only two quotes by Kinky Friedman

Richard S. 'Kinky' Friedman (born November 1, 1944) is an American singer, songwriter, novelist, humorist, politician and former columnist for Texas Monthly who styles himself in the mold of popular American satirists Will Rogers and Mark Twain. He was one of two independent candidates in the 2006 election for the office of Governor of Texas. Receiving 12.6% of the vote, Friedman placed fourth in the six-person race.

❝That is the nature of politics: poly, meaning more than one, and ticks, meaning blood-sucking parasites.❞[+]