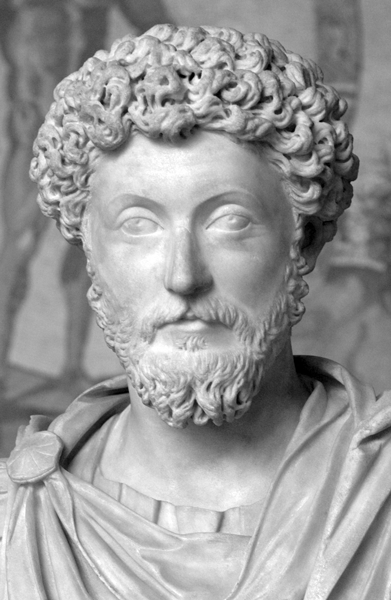 Just one quote by Marcus Aurelius

Marcus Aurelius Antoninus Augustus (26 April 121 – 17 March 180) was Roman emperor from 161 to his death in 180. He ruled with Lucius Verus as co-emperor from 161 until Lucius' death in 169. He was the last of the 'Five Good Emperors', and is also considered one of the most important Stoic philosophers. His tenure was marked by wars in Asia against a revitalized Parthian Empire, and with Germanic tribes along the Limes Germanicus into Gaul and across the Danube. A revolt in the East, led by Avidius Cassius who previously fought under Lucius Verus against the Parthians, failed.

❝The art of living is more like wrestling than dancing.❞[+]