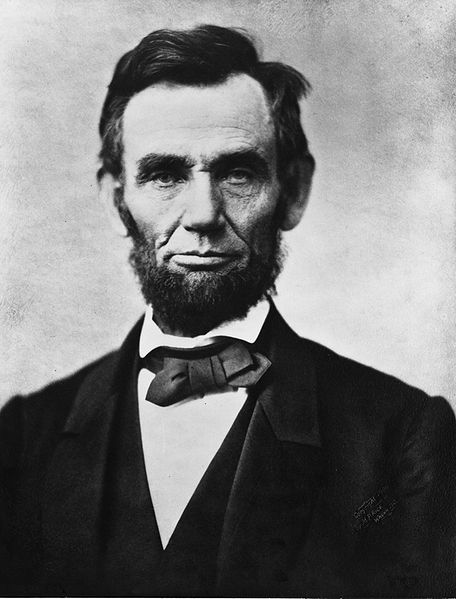 Abraham Lincoln (February 12, 1809 - April 15, 1865) served as the 16th President of the United States from March 1861 until his assassination in April 1865. He successfully led his country through its greatest internal crisis, the American Civil War, preserving the Union and ending slavery.

❝If I were two-faced would I be wearing this one?❞[+]

❝It has been my experience that folks who have no vices have very few virtues.❞[+]

❝Tact is the ability to describe others as they see themselves.❞[+]