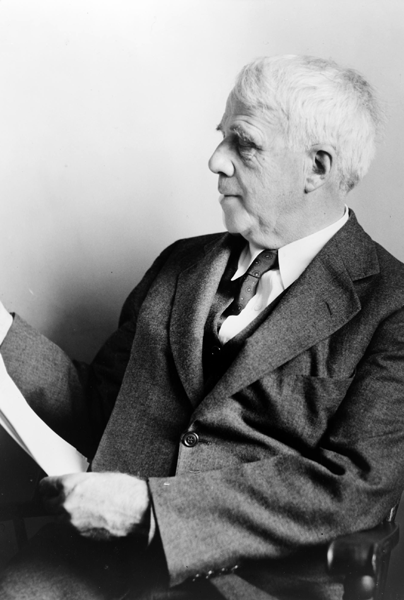 Robert Lee Frost (March 26, 1874 – January 29, 1963) was an American poet. He is highly regarded for his realistic depictions of rural life and his command of American colloquial speech. His work frequently employed settings from rural life in New England in the early twentieth century, using them to examine complex social and philosophical themes. A popular and often-quoted poet, Frost was honored frequently during his lifetime, receiving four Pulitzer Prizes for Poetry.

❝Education is the ability to listen to almost anything without losing your temper.❞[+]

❝Home is the place where, when you have to go there, they have to take you in.❞[+]