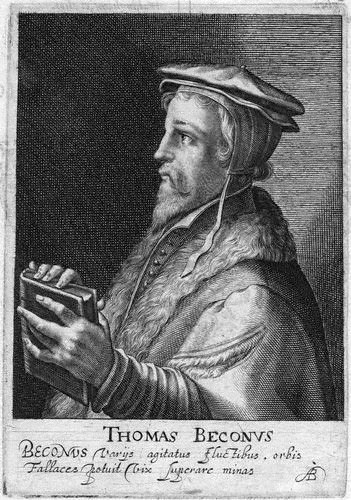 Just one quote by Thomas Becon

Thomas Beccon (c. 1511 - 1567) was a British Protestant reformer from Norfolk. He studied under Hugh Latimer and was ordained in 1533. He was arrested for Protestant preaching and was forced to recant around 1540. He then began to write under the pen name of 'Theodore Basille.' When Edward VI came to the throne in 1547, Beccon was made chaplain to the Lord Protector. Thomas Cranmer made him one of the 'Six Preachers of Canterbury,' and a chaplain in Cranmer's own household. He contributed to Cranmer's Book of Homilies.