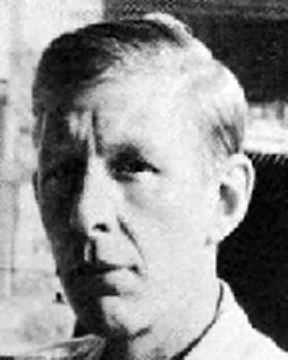 Wystan Hugh Auden (21 February 1907 – 29 September 1973) who signed his works W. H. Auden, was an Anglo-American poet, born in England, later an American citizen, regarded by many as one of the greatest writers of the 20th century. His work is noted for its stylistic and technical achievements, its engagement with moral and political issues, and its variety of tone, form and content. The central themes of his poetry are love, politics and citizenship, religion and morals, and the relationship between unique human beings and the anonymous, impersonal world of nature.

❝A professor is one who talks in someone else's sleep.❞[+]

❝All that we are not stares back at what we are.❞[+]

❝Heartless Cynics' the young men shout,
Blind to the world of Fact without❞[+]

❝No opera plot can be sensible, for in sensible situations people do not sing.❞[+]