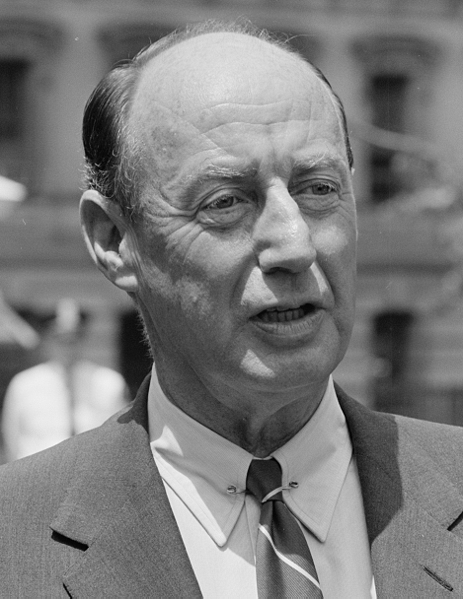 Just one quote by Adlai Stevenson

Adlai Ewing Stevenson II (February 5, 1900 - July 14, 1965) was an American politician, noted for his intellectual demeanor, eloquent oratory, and promotion of liberal causes in the Democratic Party. He served one term as governor of Illinois, and received the Democratic Party's nomination for president in 1952 and 1956; both times he was defeated by Republican Dwight D. Eisenhower. He sought the Democratic presidential nomination for a third time in the election of 1960, but was defeated by Senator John F. Kennedy of Massachusetts. After his election, President Kennedy appointed Stevenson as the Ambassador to the United Nations; he served from 1961 to 1965. He died on 14 July 1965 in London, England after suffering a fatal heart attack at age 65.

❝A free society is one where it is safe to be unpopular.❞[+]