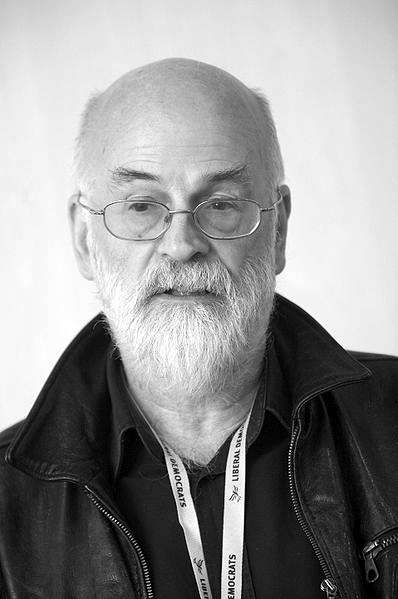 Sir Terence David John "Terry" Pratchett, OBE (28 April 1948 - 12 March 2015) was an English author of fantasy novels, especially comical works. He is best known for his Discworld series of about 40 volumes. Pratchett's first novel, The Carpet People, was published in 1971, and since his first Discworld novel, The Colour of Magic, was published in 1983, he wrote two books a year on average. His 2011 Discworld novel Snuff was at the time of its release the third-fastest-selling hardback adult-audience novel since records began in the UK, selling 55,000 copies in the first three days.

❝Coming back to where you started is not the same as never leaving.❞[+]

❝I'd rather be a rising ape than a falling angel.❞[+]

❝The trouble with having an open mind is that people will insist on coming along and trying to put things in it.❞[+]

❝You make holy water by boiling the hell out of normal water.❞[+]