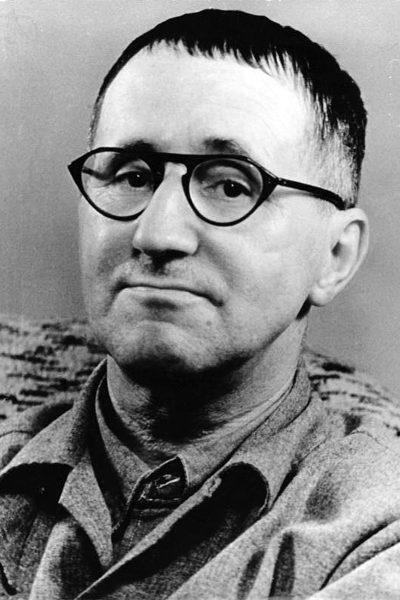 Bertolt Brecht (born Eugen Berthold Friedrich Brecht; 10 February 1898 - ;14 August 1956) was a German poet, playwright, and theatre director. An influential theatre practitioner of the 20th century, Brecht made equally significant contributions to dramaturgy and theatrical production, the latter particularly through the seismic impact of the tours undertaken by the Berliner Ensemble—the post-war theatre company operated by Brecht and his wife and long-time collaborator, the actress Helene Weigel—with its internationally acclaimed productions.

❝What happens to the hole when the cheese is gone?❞[+]