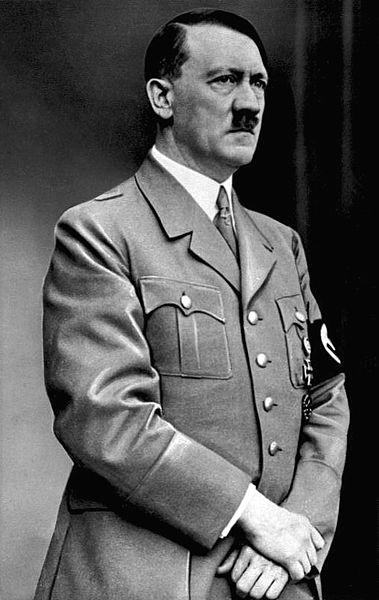 Just one quote by Adolf Hitler

Adolf Hitler (20 April 1889 - 30 April 1945) was an Austrian-born German politician and the leader of the National Socialist German Workers Party (German: Nationalsozialistische Deutsche Arbeiterpartei, abbreviated NSDAP), commonly known as the Nazi Party. He was the totalitarian leader of Germany from 1933 to 1945, serving as chancellor from 1933 to 1945 and as head of state (Führer und Reichskanzler) from 1934 to 1945.