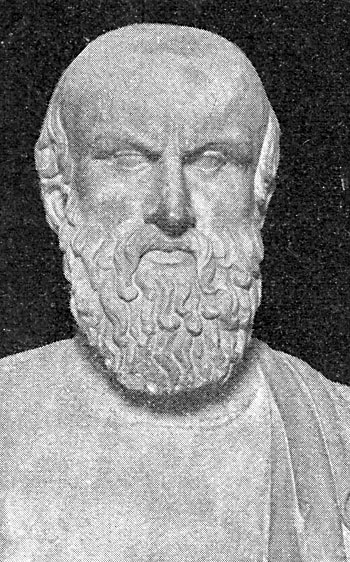 Just one quote by Aeschylus

Aeschylus (c. 525/524 BCE - c. 456/455 BCE) was an ancient Greek playwright. He is often recognized as the father of tragedy, and is the earliest of the three Greek tragedians whose plays survive, the others being Sophocles and Euripides. According to Aristotle, he expanded the number of characters in plays to allow for conflict among them; previously, characters interacted only with the chorus. Only seven of an estimated seventy to ninety plays by Aeschylus have survived into modern times; one of these plays, Prometheus Bound, is widely thought to be the work of a later author.

❝It is a profitable thing, if one is wise, to seem foolish.❞[+]