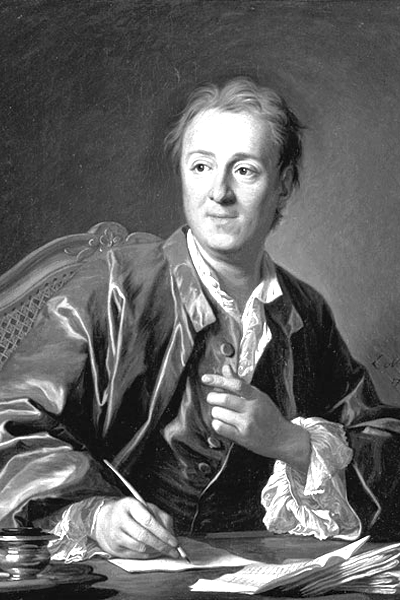 Just one quote by Denis Diderot

Denis Diderot (October 5, 1713 - July 31, 1784) was a French philosopher, art critic and writer. He was a prominent figure during the Enlightenment and is best known for serving as chief editor of and contributor to the creation of the Encyclopédie. Diderot also contributed to literature, notably with 'Jacques le fataliste et son maître' (Jacques the Fatalist and his Master), which emulated Laurence Sterne in challenging conventions regarding novels and their structure and content, while also examining philosophical ideas about free will. Diderot is also known as the author of the dialogue, 'Le Neveu de Rameau' (Rameau's Nephew), upon which many articles and sermons about consumer desire have been based. His articles included many topics of the Enlightenment.